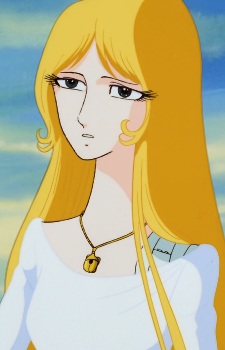 Maya is a character that means a lot to me. She is from the movie Arcadia of My Youth released in 1982, a movie that sort of* acts as an origin story of the character Captain Harlock. (*I only say sort of because continuity of any kind in Leiji Matsumoto's works is non-existent. Don't worry about it though, save yourself a headache.)

Maya is a resistance broadcast radio host, she is the face of a rebellion. Her words of strength, inspiration, and hope touch the people of earth, eventually them rising up to fight the Illumidas in the movie.

Her words even touch people outside if the screen, such as myself. If you know me in the English speaking Leijiverse scene I'm the one that makes a ton of Maya related fanart. It makes me sad she isn't as popular or talked about as other Leijiverse characters, because I feel she is truly special and deserves more love and appreciation.

There is not much information known about her or her past. She doesn't get much screen time in the movie as well, roughly around 15 minutes or so I would say. But she certainly leaves an impact. There is some information about her in the Arcadia of My Youth novels written by the screenwriter of the movie, such as her last name: Rosenberg.

Maya is the love interest to Harlock, and the two are an established item before the events of the movie. And are heavily implied later on to be married, or at the very least engaged, with a conversation between Tochiro and Emeraldas.

She is caring, kind, full of hope, and resolve. Maya looks and sounds like an angel, singing a song on the radio in the movie called "The Sun Will Not Die", which is a song very fitting for her character. She cares deeply about the future and the people of Earth. Maya is a wonderful beacon of hope and inspiration for the people of Earth.

She is constantly in danger at being executed by the Illumidas and the Earth Government who are playing by their rules. Her broadcasts are underground, but even when soldiers find where she was currently broadcasting she has already left. Roses are something tied to her character, from her leaving one in a vase to signal to Harlock she is alright when he tries to find her but she’s already left her latest broadcasting room, to her giving one to resistance soldiers to deliver to Harlock along with another gift.

She’s also seen with roses in a lot of promotional art featuring her, and roses being involved with Maya are in a few other scenes as well. We don’t see what Maya looks like until partway through the movie, and only hear her voice on the radio in some scenes before that point.

Emeraldas says this about her at one point: “I can envision her: the kind of person whom, within a gentle body that seems it may shatter when touched, holds fiery magma.” Something a friend of mine has said about her also is: “Maya is the type who looks like a hothouse flower but has immovable inner strength that would scare you.” Despite how Maya might look, it’s heavily implied she has more strength than her appearance suggests.

She sadly does not have a happy ending... And has only appreared in this one movie and has yet to make a return. But there are nods to her character in Harlock's character bio in Super Robot Wars T, she appears in a offically licnsensed and supervised by Leiji Matsumoto himself French Harlock comic by the artist Jerome Alquie. Leiji Matsumoto himself referenced her directly in the Harlock Saga Manga as well!

I love Maya very much. She's a gorgeous, ethereal, and just beautiful character. Her hope for the future, her quote of "believe in your tomorrow", and even until the very end she had hope. She stuck to her beliefs and didn't give up what was in her heart. I can see why Harlock fell in love with her. She's captured my heart too, and has since when I first got to know her.

She's helped me a lot, in many ways, and has been a positive force in my life. Maya has given me happiness and hope into my life. She will always be incredibly special to me forever. 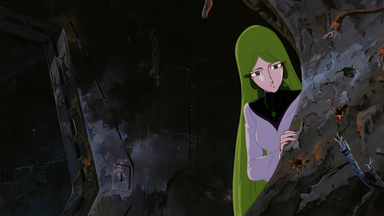 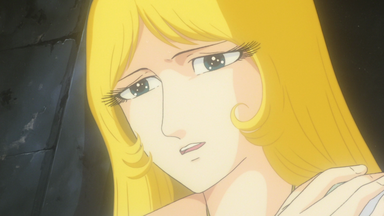