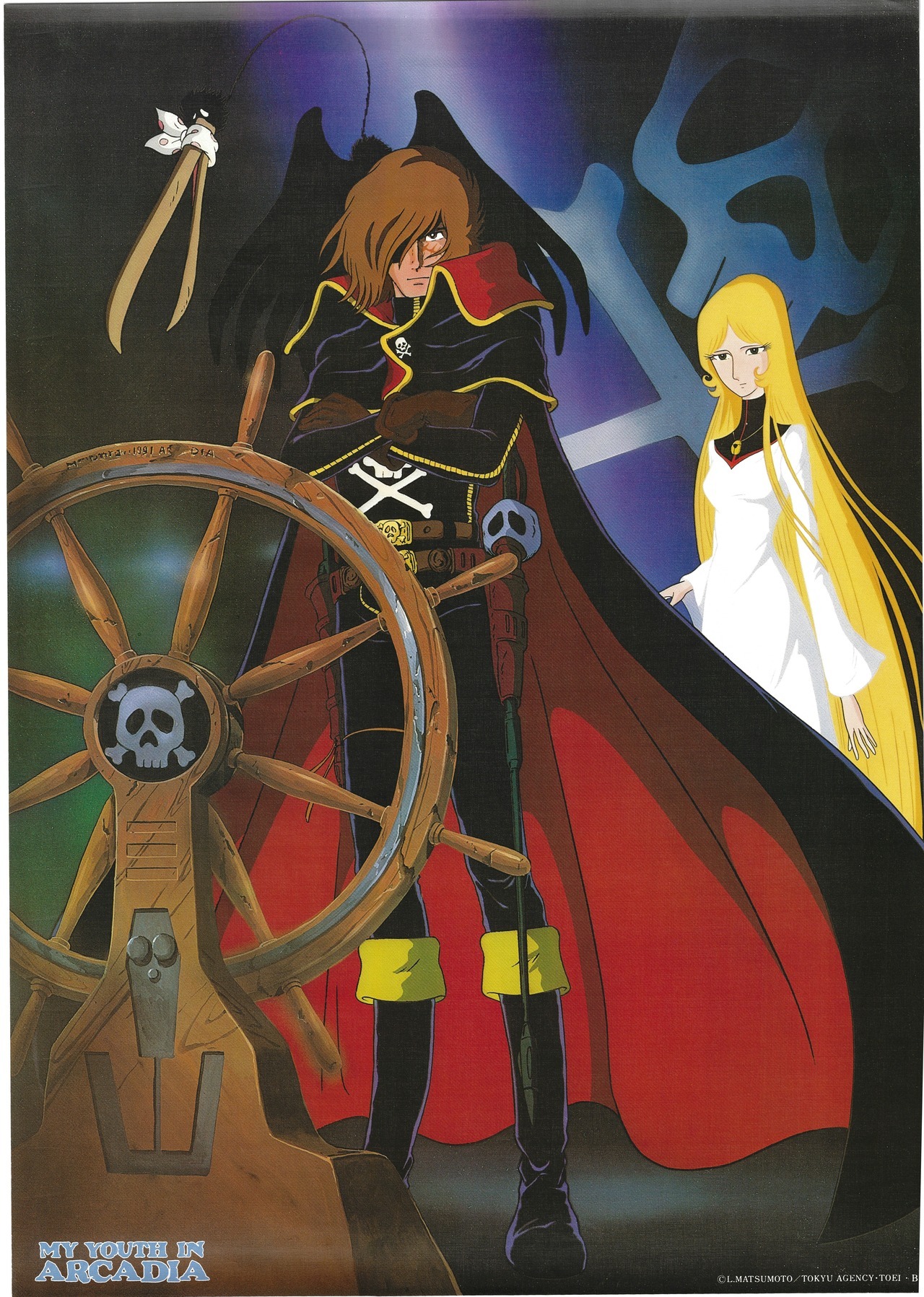 Song: Towa no ai(Eternal Love) - BGM from Arcadia of My Youth OST

Harlock and Maya are the one ship I've truly gotten invested into in my life. While I do like other ships and I have had other ones in the past... Nothing has drawn me in and has captured my heart as deeply as these two. They really are my one true pairing. 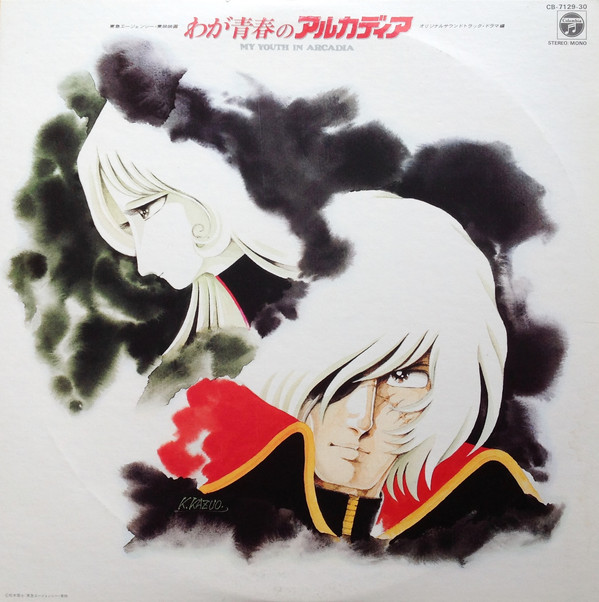 They don't have much time on screen together(as mentioned in my Maya shrine, Maya barely has any screen time herself), but you can FEEL their love. There are many moments off screen where you can feel how much they care deeply about each other.

From Harlock going: "That voice... Maya!" The moment he hears her on the radio, to him frantically searching for her when he comes back to earth to make sure she's safe, to the roses Maya leaves behind so Harlock knows she is safe, and the radio messages Maya sends that can be seen as her talking to him directly through the radio, and the fact she sewed his outfit and the flag for the Arcadia herself. Their love is shown in ways outside of the two of them being directly on screen together. 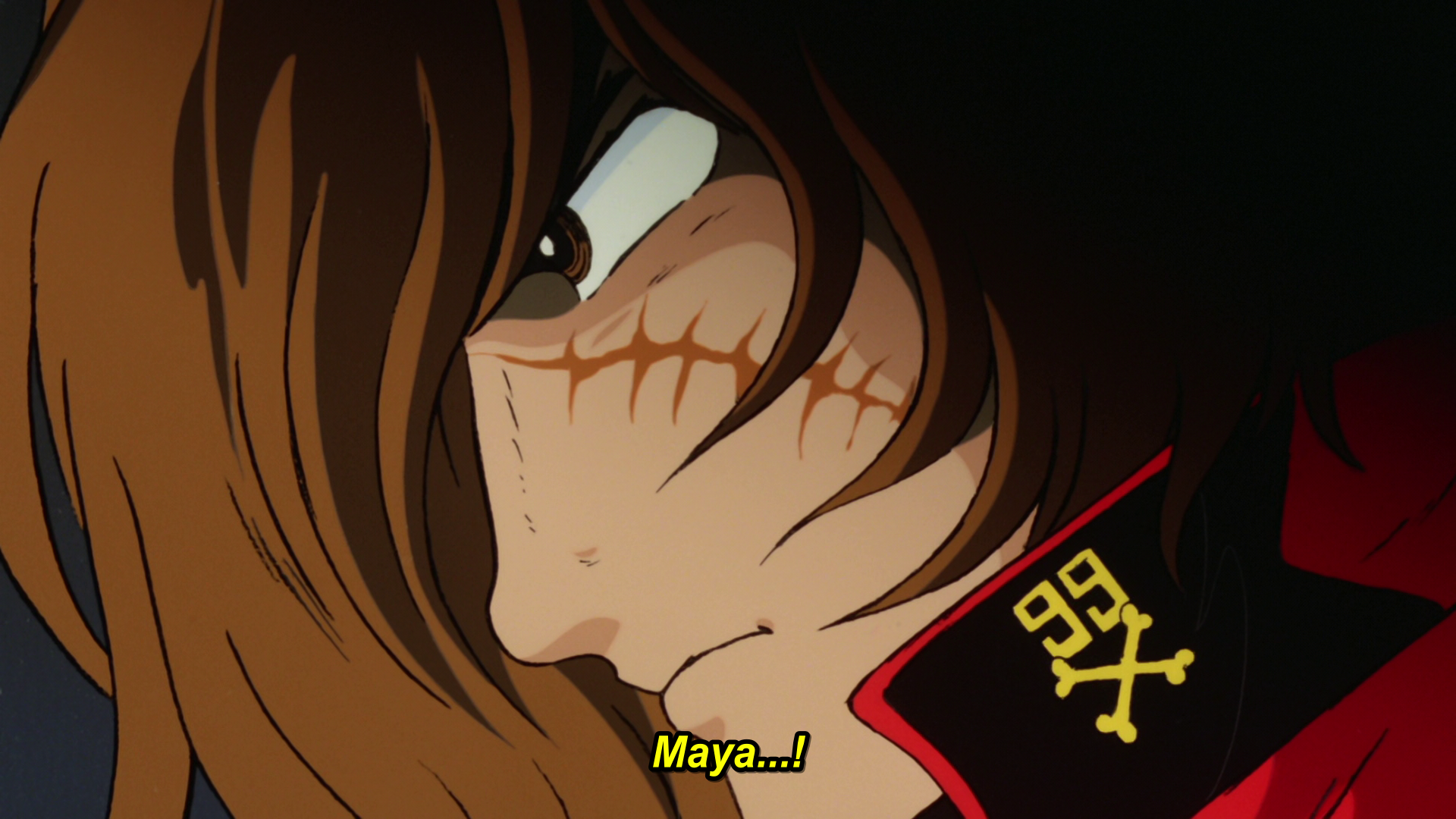 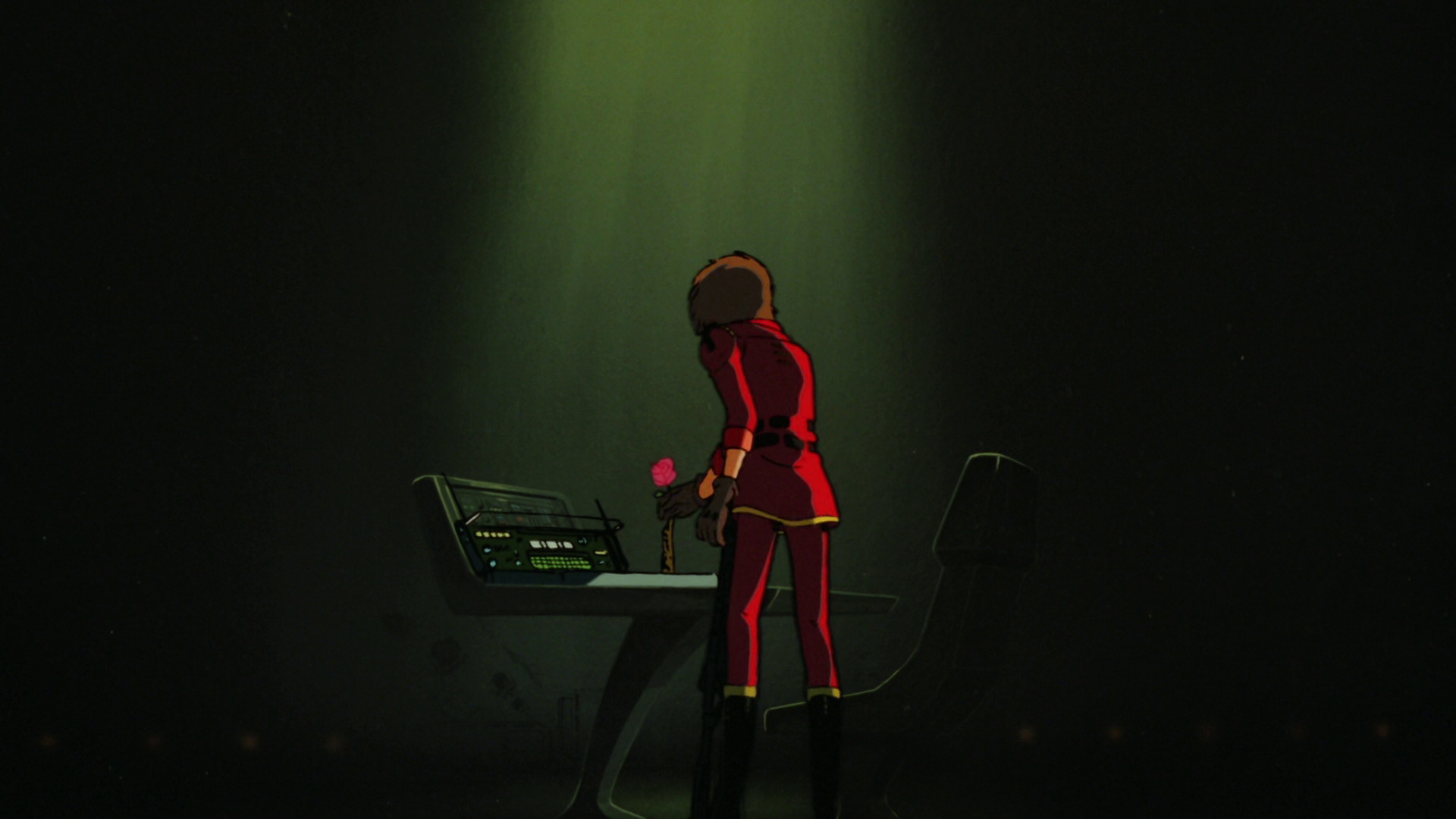 The contrast between their designs: The dark clothed figure of Harlock(in his pirate getup anyways) with the long white flowing dress of Maya. The two have a lovely contrast with their outfits, it's so striking and pleasing to the eye to me. (And Harlock and Maya still look absolutely lovely too when he is in his red solar federation army uniform. <3)

The two are very much the childhood friends to lovers trope, as mentioned by Maya how they would run through the fields of Heiligenstadt together hand in hand. I wish we got to see more about their past and youth together in the movie. The novels by the movie's screenwriter does go a little bit into it from what I understand.

The scenes they are in together or are involved together in some way are all in my list of favorites in the whole movie. The scene where Harlock tries to rescue Maya, only to lose his eye, is my favorite scene in the whole movie. It makes me very emotional whenever I watch it. It's the first time we actually see Maya in the movie too, as you only hear her before this scene.

Harlock desperately trying to rescue and reunite with her, Maya telling him to save himself, and that they will see each other again, the music, the colors of the two of them in the shadows of the building, just every single thing about this scene gives me emotions and it shows how deeply they love each other. 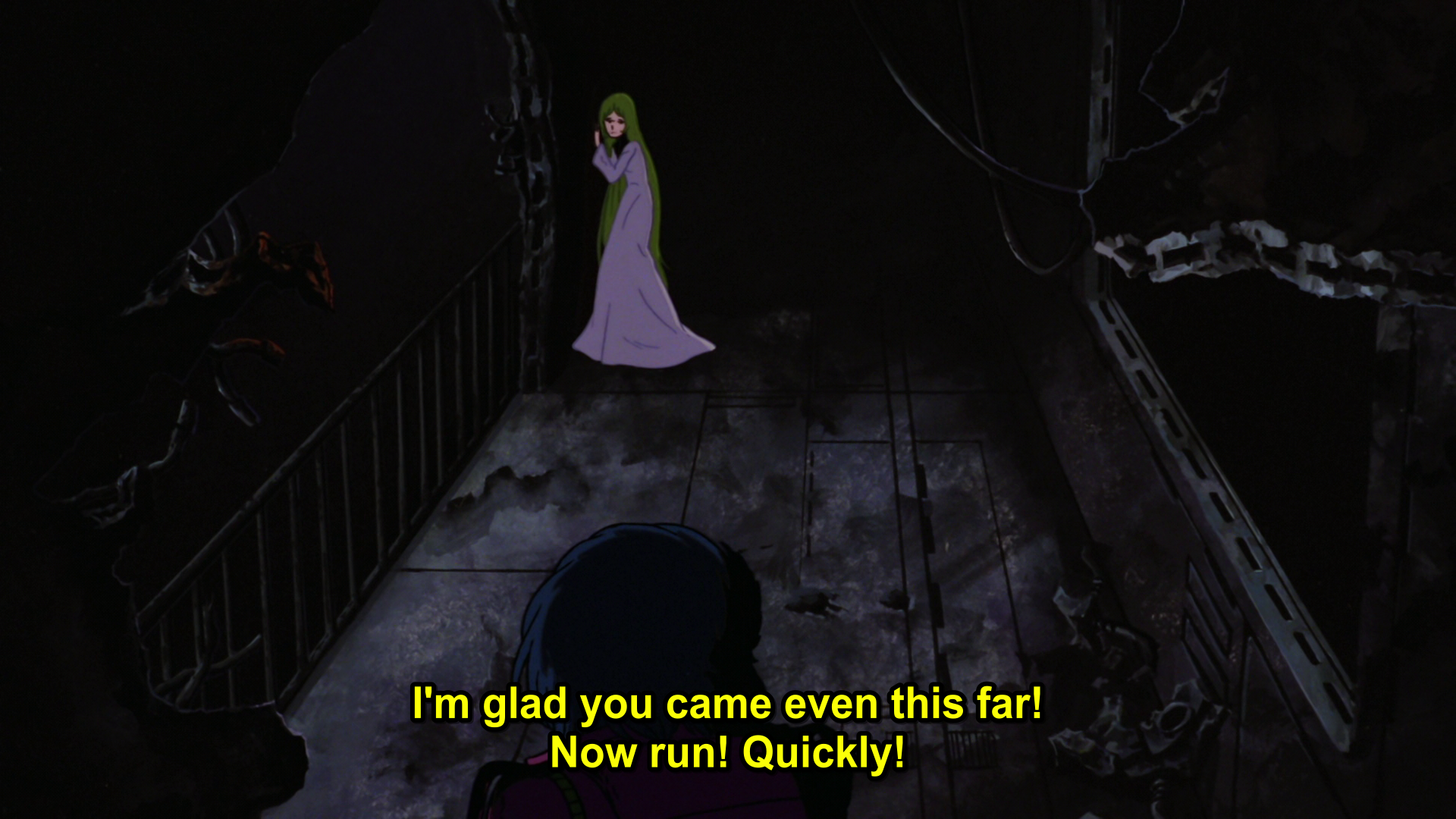 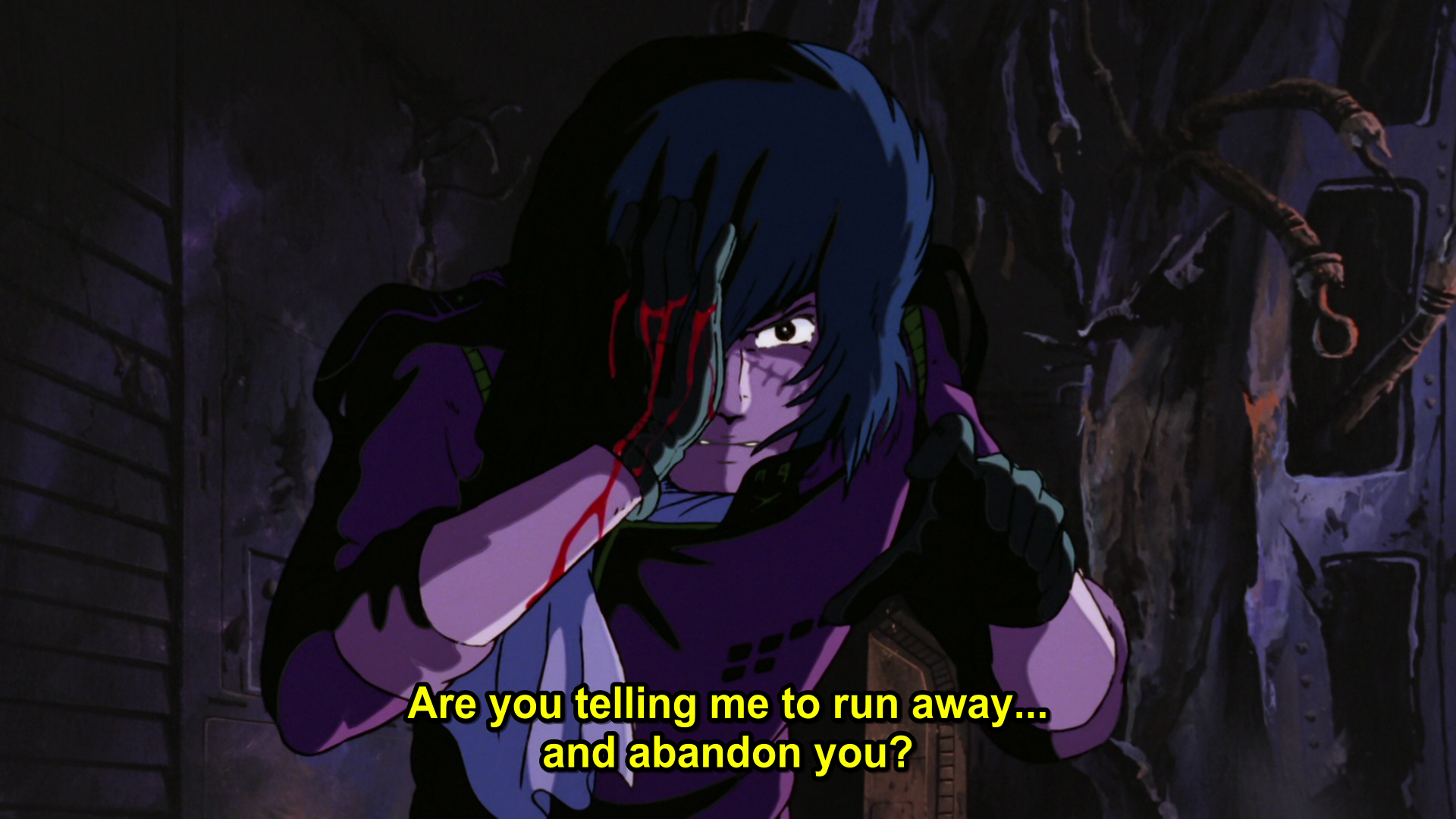 They don't get to see each other again until the scene of Maya's death. It's a very emotional scene, Harlock holding Maya in his arms, Harlock saying that they should go to the sea of stars together, and Maya saying how she dreamed of it… then both of them looking to the sky together. Maya then quietly dies and Harlock just holding her close, saying how he had so many things to ask her… it's so heart wrenching. Just a very emotionally poignant scene. I think about how they would be in the sea of stars together if she lived constantly, I want to give them the happiness they never got to get in the movie.

Maya's last recorded message for Harlock as he leaves earth after being exiled is also one of my top favorite parts of the movie. It's a poetic message she left for him:

"You, who are setting out with the flag of freedom flying, goodbye, until the day you return. I believe that no matter how far away you may be, you will never forget Earth. No one can stop you setting out on your journey under your flag. Goodbye. But, it is because you are such a man, who has always believed in tomorrow, never losing dreams or hope, that I remember with pride the days when I talked with you. I pray that your future will be as you believe. Goodbye, my Harlock. Please live, no matter what. I can see, burning in your heart, the red flame of belief in the future. I can see the fire burning of a man who will never betray his friend. It's because you are such a man, that I love you. I will become one of those fires in your heart, I will become that fire, and I will burn forever... Harlock."

It's a beautiful speech. I just find it so moving and poetic. These are her last words in the movie and they show just how deep their love was when she was alive, and still is even after she is no longer with him. Even if she's no longer there, she is in his heart, helping it become ablaze and to aid in his fight against the Illumidas and his later quest for Arcadia in SSX. That is what I believe. 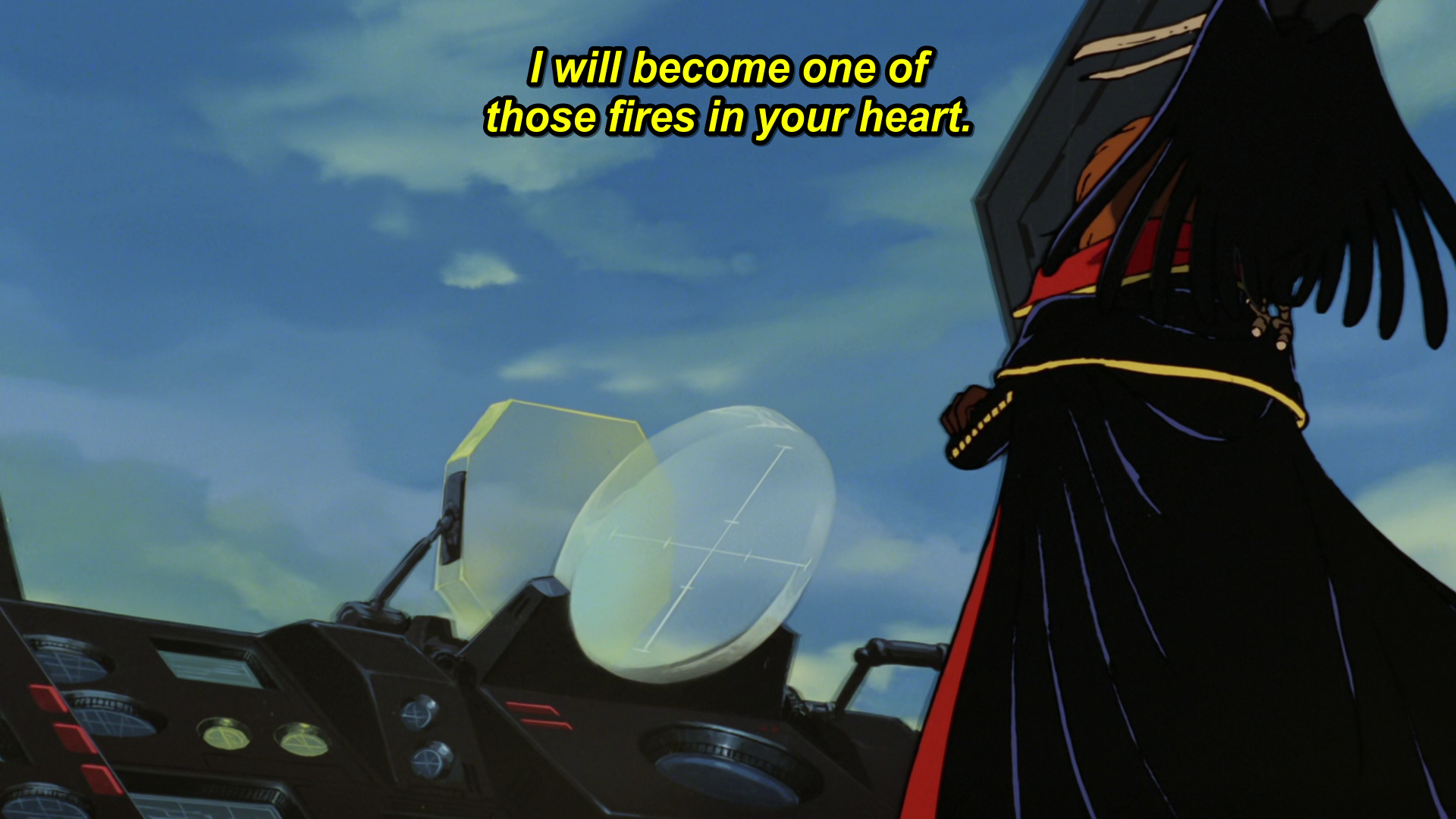 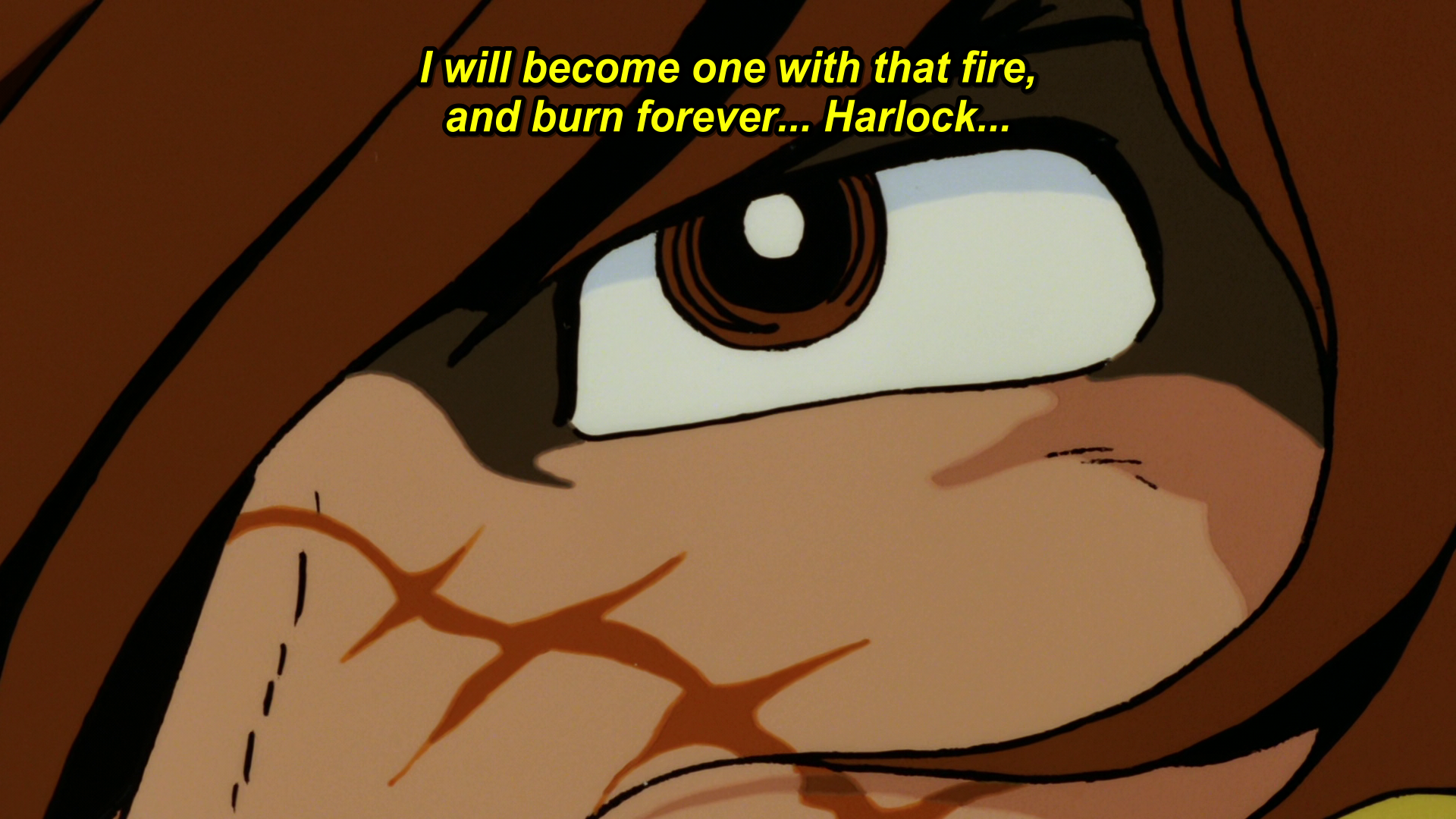 And hearing her say: "I love you" to Harlock, even through a voice recording, it makes my heart full. This whole speech is just so powerful. This is also the scene where it's heavily implied in conversation by Tochiro and Emeraldas that they were married, or at the very least engaged.

I want to see more fan content of them. Sadly very few make it and it's hard to find it out there, both fan art and fan fiction alike. There isn't much official content either. I've drawn a lot of these two over the few years I've been into Harlock and I want to write more of them too and make more fan comics as well. I love them both so much and I want to bring more art of them into the world to share.

I wish they got to have a happy ending, I would have loved to see Maya live and the two of them go to space together. To see Maya on the Arcadia in SSX and help the crew would have been so wonderful. But I know their story is supposed to be tragic... I also wish SSX didn't get cut so we could have seen the aftermath of how Maya's death affected Harlock. I know he didn't forget her, sadly it was just the circumstances of the show being cut mid production.

I love thinking about what could have been, what could have happened in their past, how they would be in countless alternate universes, and so much more. Their love and relationship is so fun and wonderful to discuss, think about, and make headcanons for. I love thinking about how Harlock would be in space on the deathshadow being stationed for work for the solar federation, them communicating over the radio, the deep longing for each other as one is on earth and the other is in space, and the sweet reunions they have when he comes back to earth. I just always enjoy thinking about their past and wondering what it was like. It's fun to think about to myself as well as discuss it with countless friends of mine. 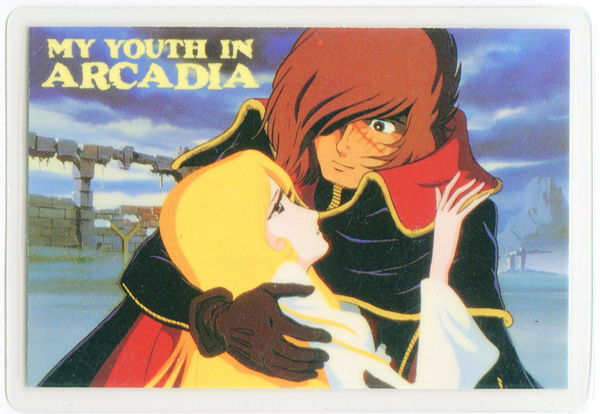 Harlock and Maya also see each other as equals, and fight for what is in their hearts in their own ways. They both care for the future of earth, it's people and the sea of stars as a whole from the growing grasp of the Illumidas.

Mayalock is a constant source of joy for me, it never fails to bring a smile to my face. As well as fill me with tons of emotions. They continually are a guaranteed way to give me happiness. They make my heart happy, and inspire me to create. The love of Harlock and Maya is so powerful and beautiful. I met two very important friends of mine through it, one who is across the country, and one who is in Japan. Both of these friends are super important to me, I can't put it into words.

This movie is almost 39 years old as I write this. (July 27th 2021) Technically in Japan it's already 39. And it's soon to be 40 years old in 2022 which is next year. It's amazing to think about how a character pairing from so long ago can still inspire such creativity and joy to people decades later.

There is just a lot to love about these two. Harlock and Maya just have such a deep, beautiful, and strong love that can be seen and felt throughout every corner of this sea of stars. They will forever be my One True Pairing and one of my favorite things as a whole period. Mayalock never fails to fill me with endless happiness. 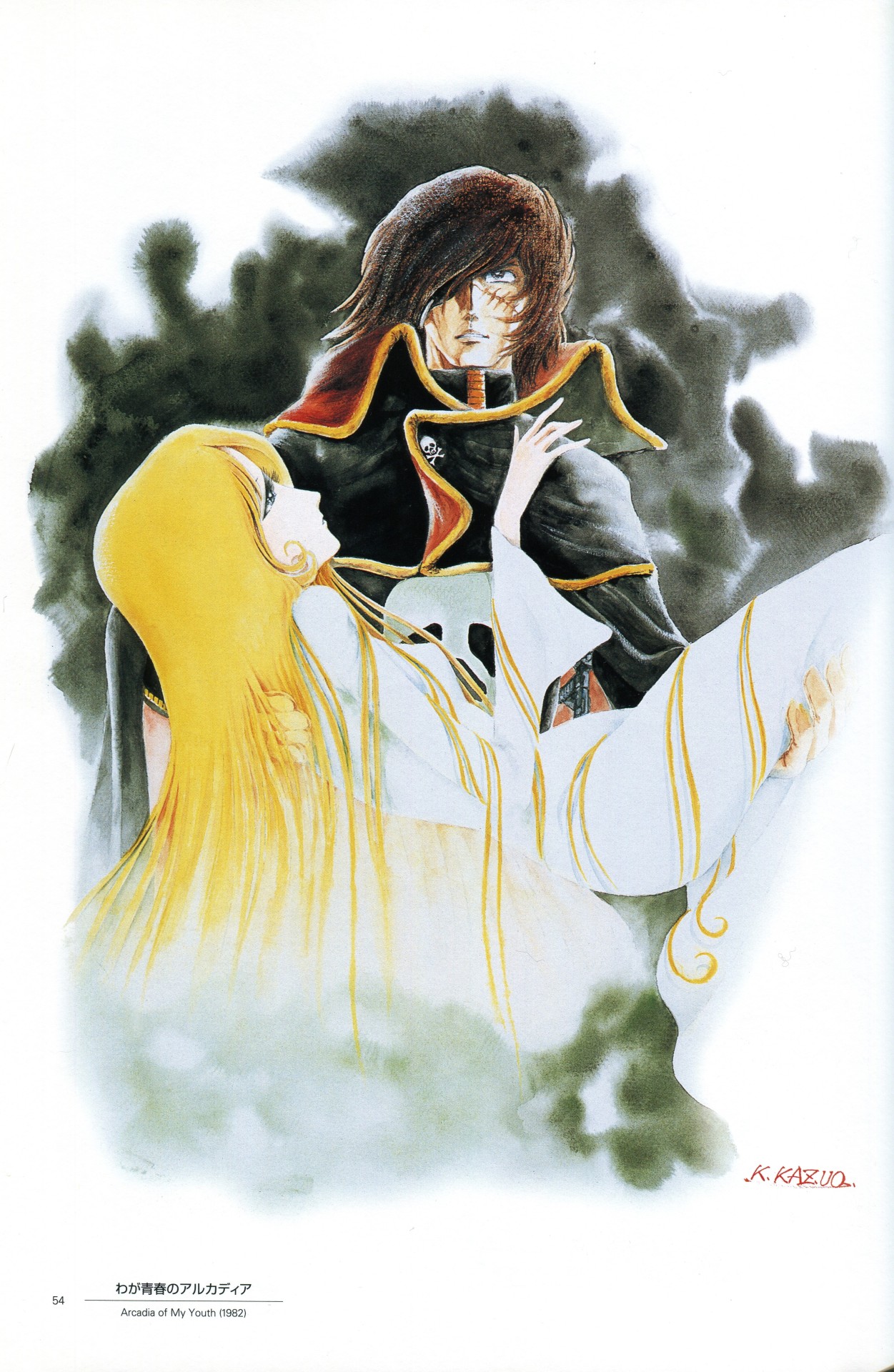