I am not too familiar with the classic Time Bokan series by the historic Tatsunoko Productions. I only really know of Yatterman the most, which is the second installment of this series. Which I wanna see!! While I do not know much about Yatterman or The Time Bokan Series as a whole...I DO know I am gay for Donjiro. And how the Doronbo gang are iconic within Japanese pop culture. And how they even inspired team rocket in the anime! Also, did you know Noriko Ohara who voices Miime in the original 1978 Captain Harlock Anime voices Donjiro? As well as every other villain lady in the whole Time Bokan series! I only learned this recently! Yatterman is currently getting fansubbed too, which is AWESOME.

Sadly the same can’t be said for Yattodetaman, the fifth installment of the series. I only learned about it by pure chance. The OP suggested to me by the YouTube algorithm, it suggests a ton of vintage anime OPs and OST tracks to me, which is probably the only good thing that accursed website has done and will ever do for me with it's suggested videos and algorithm. Also it's OP is god tier. It's just such a banger. Just listen to it, thank you YouTube for suggesting this OP to me. 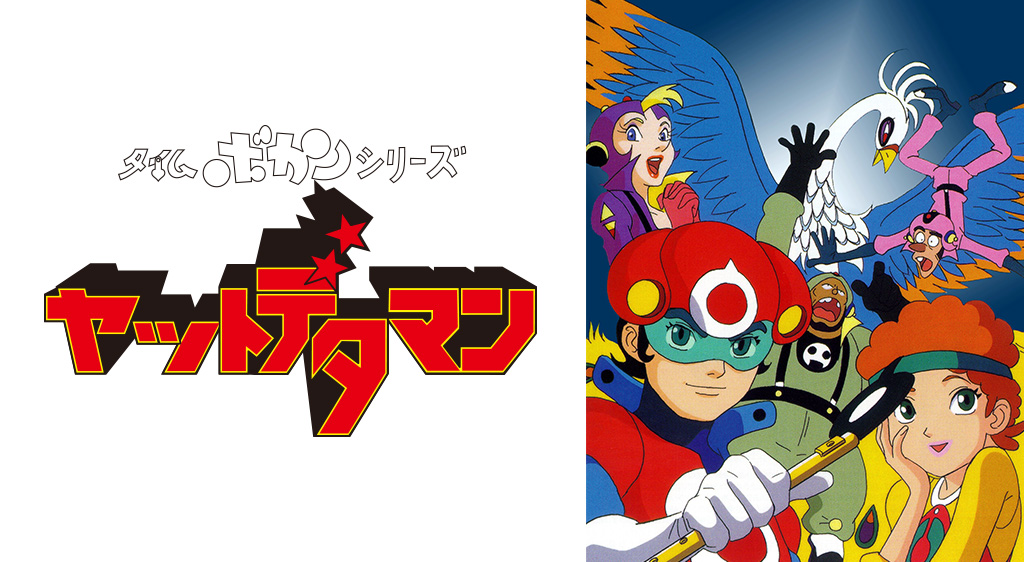 Here's a version straight from the rights holders on YouTube too that doesn't have show SFX in the video as well.)

Here is some info on the anime, courtesy of Wikipedia: “In this series, two royal houses battle for the power to rule the Kingdom of Fir. In order to secure the Kingdom, two representatives go back in time to find the mythical Firebird, which will allow its bearer to become the rightful ruler.”

"1000 years in the future, the king who governed the kingdom of Fir, died. An evil dynasty conformed for the capricious prince Kamaro, his sister princess Mirenjo and their two minions, the mechanic Julie Kokematsu and the guard Alan Sukadon; conspire with the objective of govern the kingdom with Kamaro as king, but a special rule consist in a competence, the dynasty is the new and rightful ruler, who capture the mystic Firebird, It travels for the time and space in the past, disguised of mystic object or legends, and the evil villains want trap it. The honorable daughter of the deceased king, the princess Karen and her guard-robot, Daigoron; travel to 1981 for ask help to his ancestors, Wataru Toki and Koyomu Himekuri in trap the Firebird. When the villains take advantage in the heroes, Wataru Toki transform in Yattodetaman for fight against the trio in a funny battle."

And from what I can find… nobody has fansubbed this yet. Which is a shame because I am very curious!! Along with the OP being SO GOOD, A REAL BANGER, the protagonist Wataru looks to have a rose motif going on. Plus I love his saber. I am a sucker for roses, and sabers in media (You can thank the Captain Harlock series and Arcadia of My Youth for kicking my already existing love for these things into overdrive for me.) Plus I LOVE his design!! It's my jam. He also has a flute! 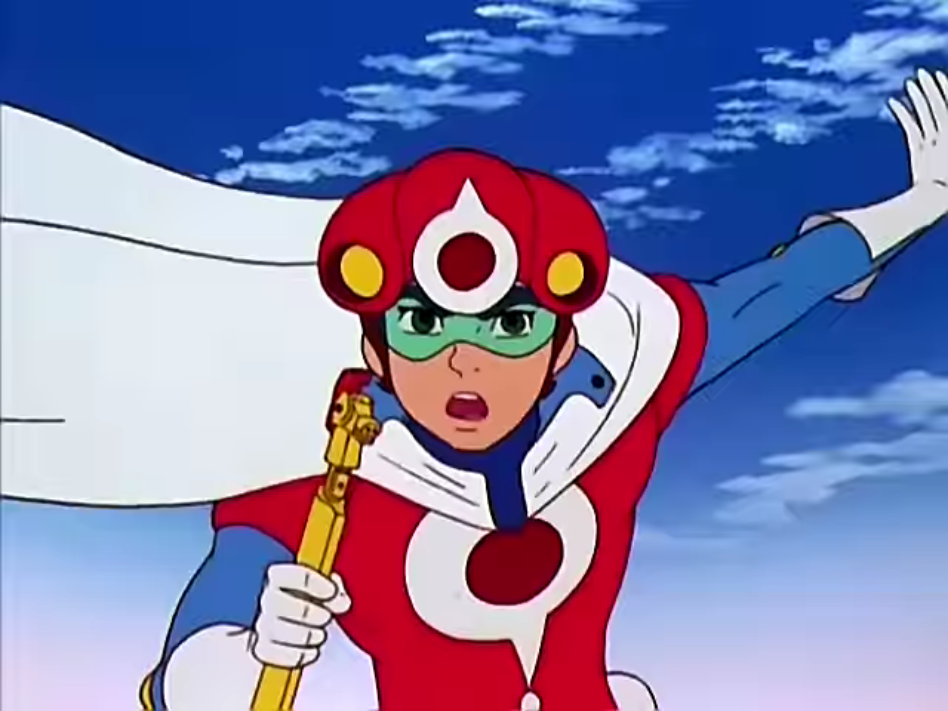 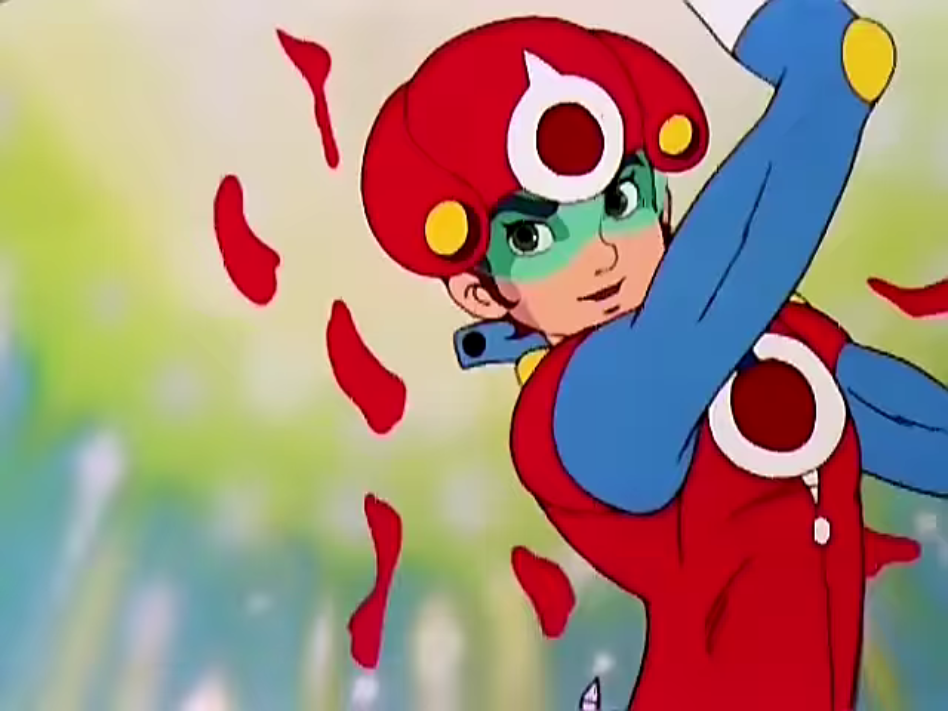 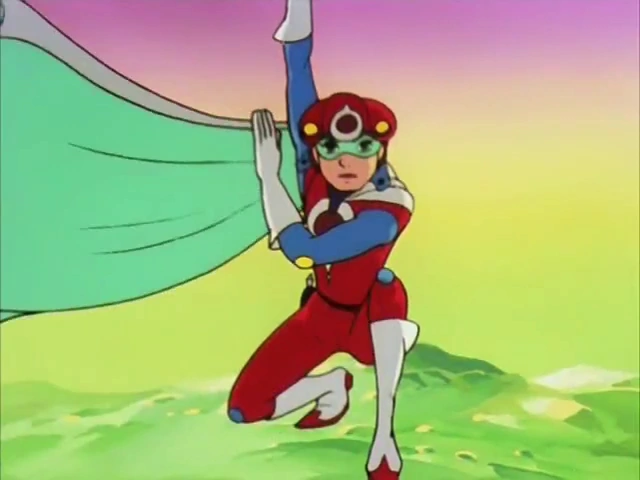 (You cannot give me a character design like this and not expect me to want to watch your show!)

Thank goodness for Project Time Bokan. Cronicling information about the whole series in English. It's how I learned his Flute is ALSO THE SABER! I wish I could see this show and be able to understand it via subtitles right this second. I just want to see this show so bad.

(This is exactly my type of bullshit right here, I'm telling you!!!)

Hopefully it'll get picked up for fansubs some day. Or even officially would be cool… but I don't think that will be anytime soon sadly. I don't even know if there's any raws available either yet. I would have to check… my Japanese isn't great but it would be cool to at least see what the show would look like. If someone from some fansub group sees this, if you would do this show someday. That would be awesome.

But again, at least Yatterman is currently in the process of being fansubbed and has real good progress being made too. I want to see it and will get to it sometime, not for just Donjiro either. The OPs are bangers too and the show sounds so fun to me. Plus I love 70s anime, so I'm excited to get to this classic sometime!(But I am massively gay for Donjiro too, so I would love to see her in her source material sometime soon too. I will not hide my thirst.)

I'll probably make a blog post about Yatterman one day when I get to see some episodes. And here's to hoping Yattodetaman gets the fansub treatment too one day. Or even better, the whole Time Bokan series getting official releases. Here's to hoping for that! I would love to own them all.