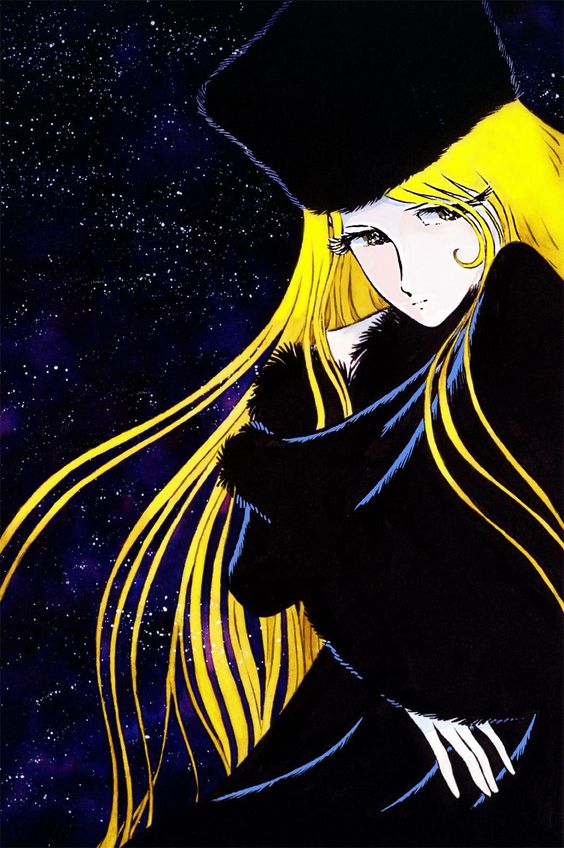 Maetel is one of Leiji Matsumoto's most recongnizeable and iconic characters. Even if you've never seen Galaxy Express 999 or one of his works that she shows up in, if you are into anime, especially old anime, you've definetly seen Maetel. She has a very recognizable design that sticks in anyones mind who has seen her. Even if it was once. She is THE postergirl for Leiji Matsumoto's willowy women. 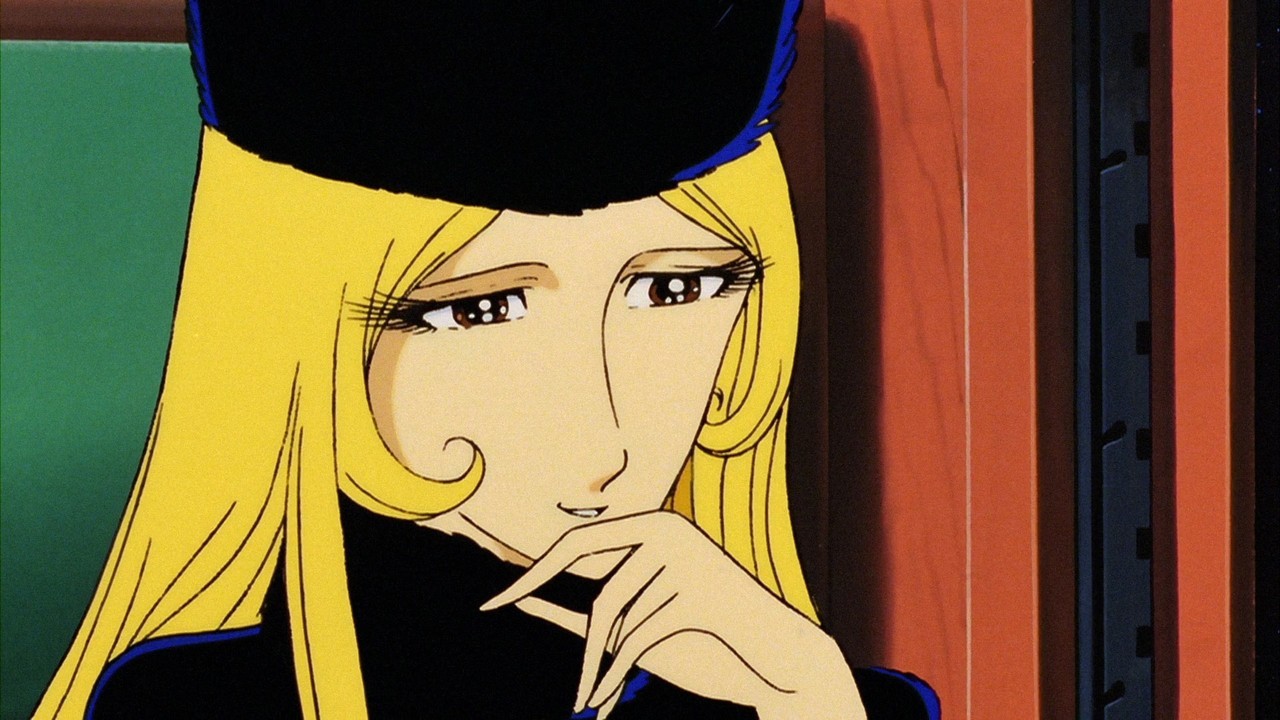 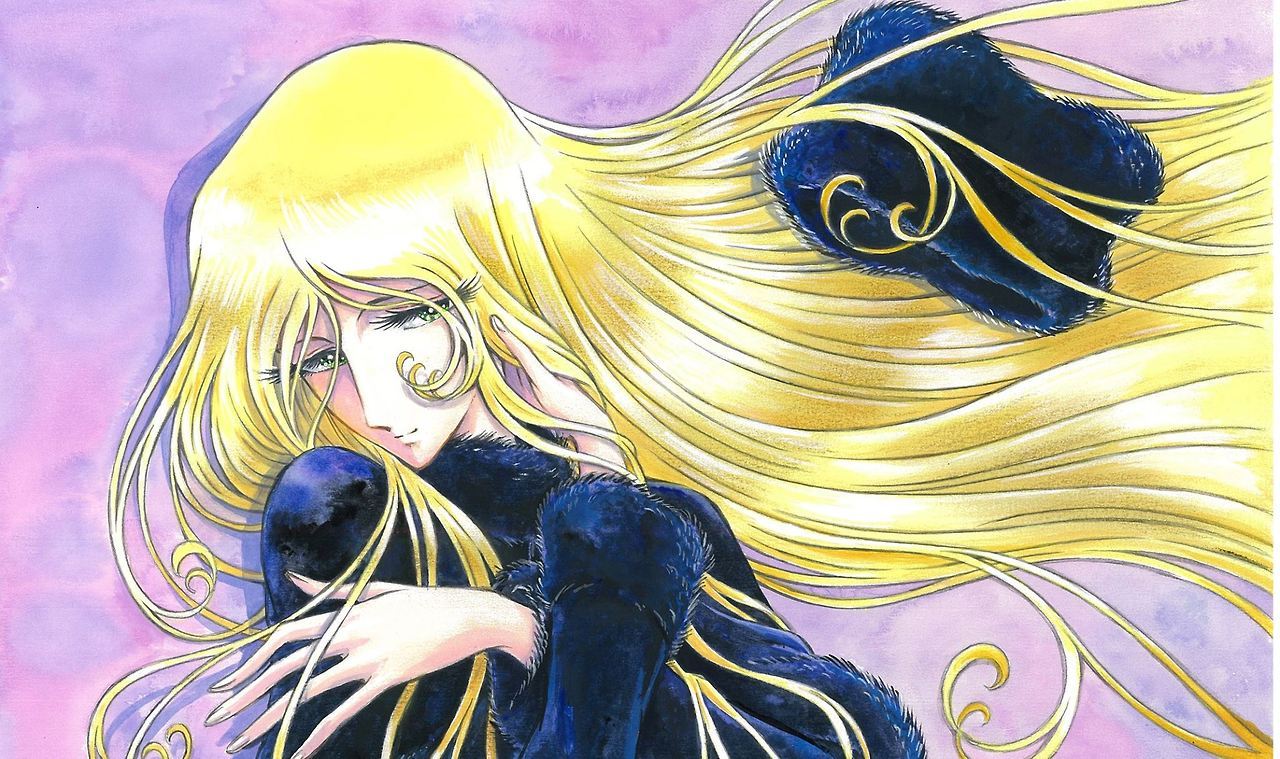 Maetel is a gentle woman, yet she takes no bullshit. (Especially in the 999 tv anime, where you get to see her kick ass a LOT more than the movies because if you 113 anime compared to a feature length movie there's way more time to see more of the characters)You see her kick ass with guns, gravity sabers, a whip and more in the tv anime!

(And this is only a very small selection of scenes where she kicks ass. There are MANY! So many, it's just fantastic. She has moments like these in the movies and ovas too! But there are so many in the TV show especially due to it's high episode count.)

Maetel appears in several Leijiverse works, In various GE999 continuities and has shown up in the same show/movie/ova/manga/etc with Harlock and his crew more than once. Maetel is a mysterous beauty. With Tetsuro Hoshino they travel the Sea of Stars on various planets on the 999 to get to Andromeda. The mechanized planet where people can get a mechanized body.

Maetel is a beautiful woman. Her design is striking, and instantly recongnizeable and memorable. It sticks in your mind. As a child in middle school I remember browsing the (long since defunct) ToysNJoys website and seeing a figure of her on there. I couldn't be able to tell you which exact figure it was but ever since then she stayed in my mind, even long before I got into the Leijiverse. I always had her design in the back of my mind. She was my second exposure to it, the first being Interstella 5555 via the Daft Punk discovery music videos. Maetel and Interstella 5555 were the seeds that were planted that got me into the Leijiverse over a decade later. 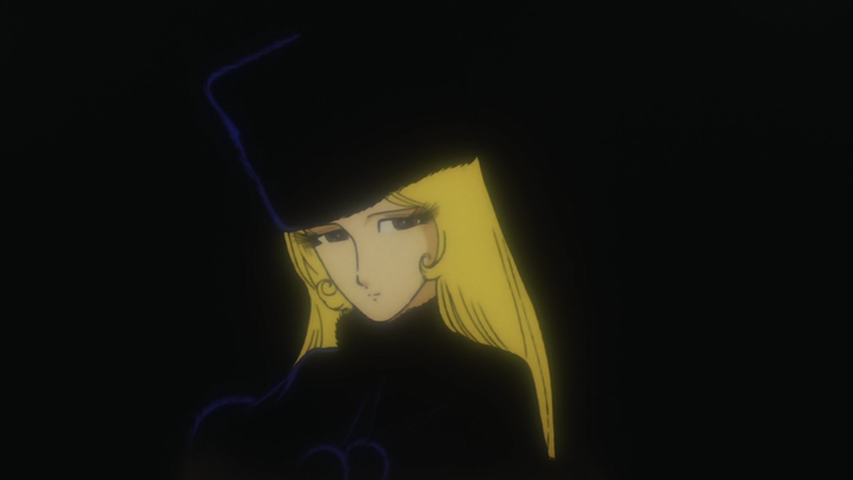 Her long flaxen hair, her black Astrakhan hat, long black coat, her boots, her stunnging eyelashes, her eyes always having a soft look, but also full of melancholy at the same time... Maetel is truly beautiful and gorgeous. In the tv show she has two other outfits. A long black dress, that is typically worn when relaxing inside a hotel on a planet they've stopped at, or a black bikini worn on the planets that have hot climates. To the surprise of nobody I'm extremely gay for Maetel too as well as Maya.(I just love Leiji Matsumoto's women. I would kiss them all <3) 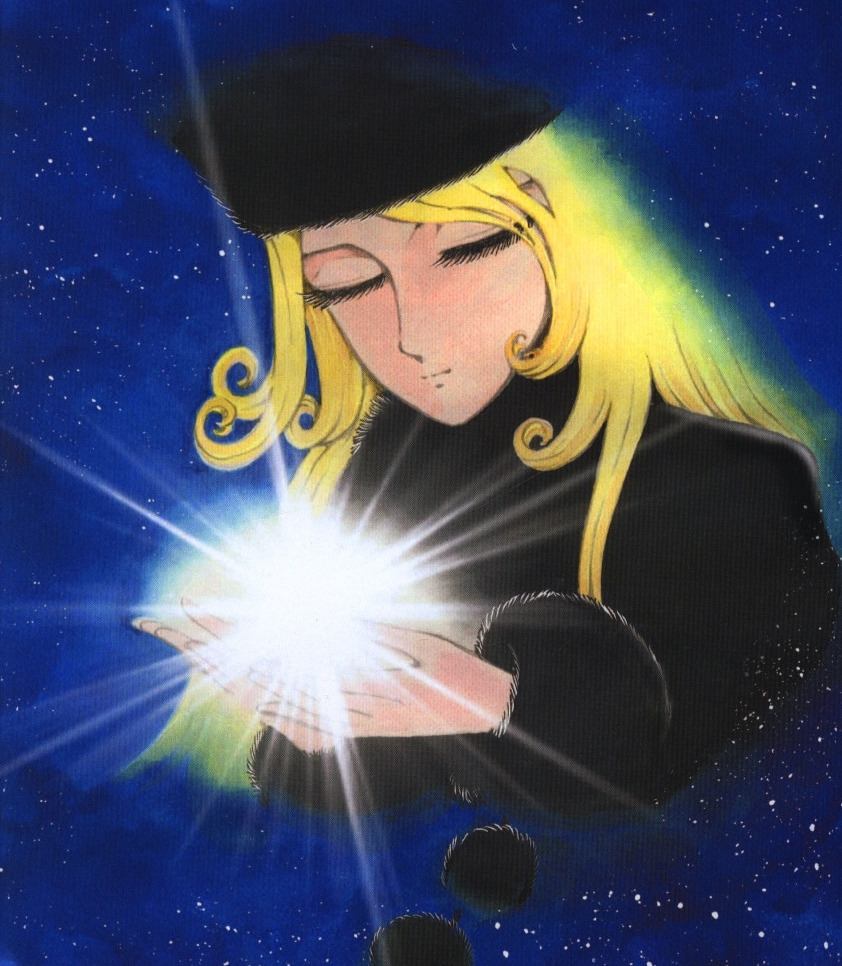 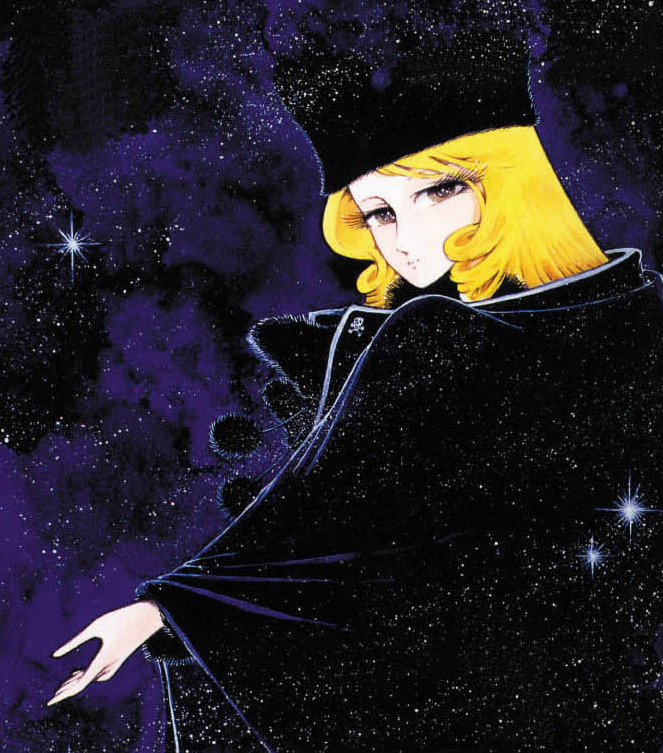 I could gush about Maetel and how much I love her and how gay I am for her forever. I love her motherly nature. I love how elegant she looks, and yet she will stand her ground and kick your ass if she needs to. Maetel is a wonderful woman and a fantastic chatacter. There is a reason she is so beloved since the 1970's to this very day. Why there are so many fanworks, pieces of merchandise, statues, crossovers and more of her. Maetel is simply iconic. Not only in her stunning design, but her personality and story as well. I don't want to go too deep into it because not am I not 100% familiar with 999's story mainly the manga/original tv show and don't want to mess things up. So far I'm mainly familar with both 999 movies mostly as well as some ovas. I'll just say: her struggles with the Queen of the Mechanized planet, It left an impact on me. As well as Maetel and her story as a whole. She is a goregeous and well written character. She as beloved as she is for a good reason, and she's one of my favorite characters of all time. 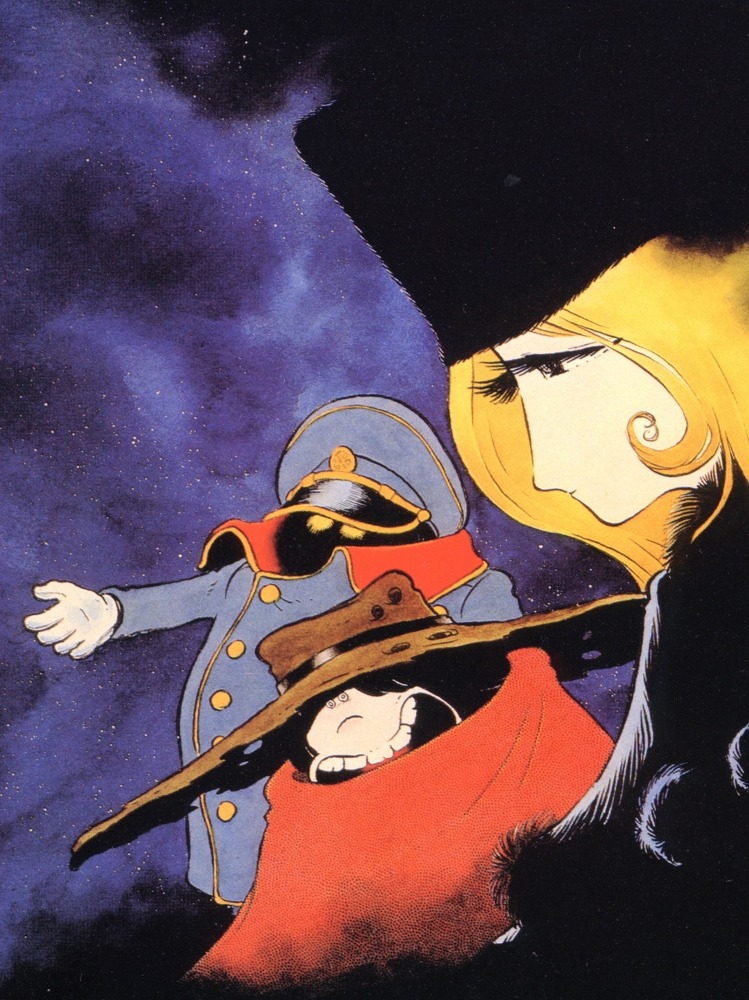 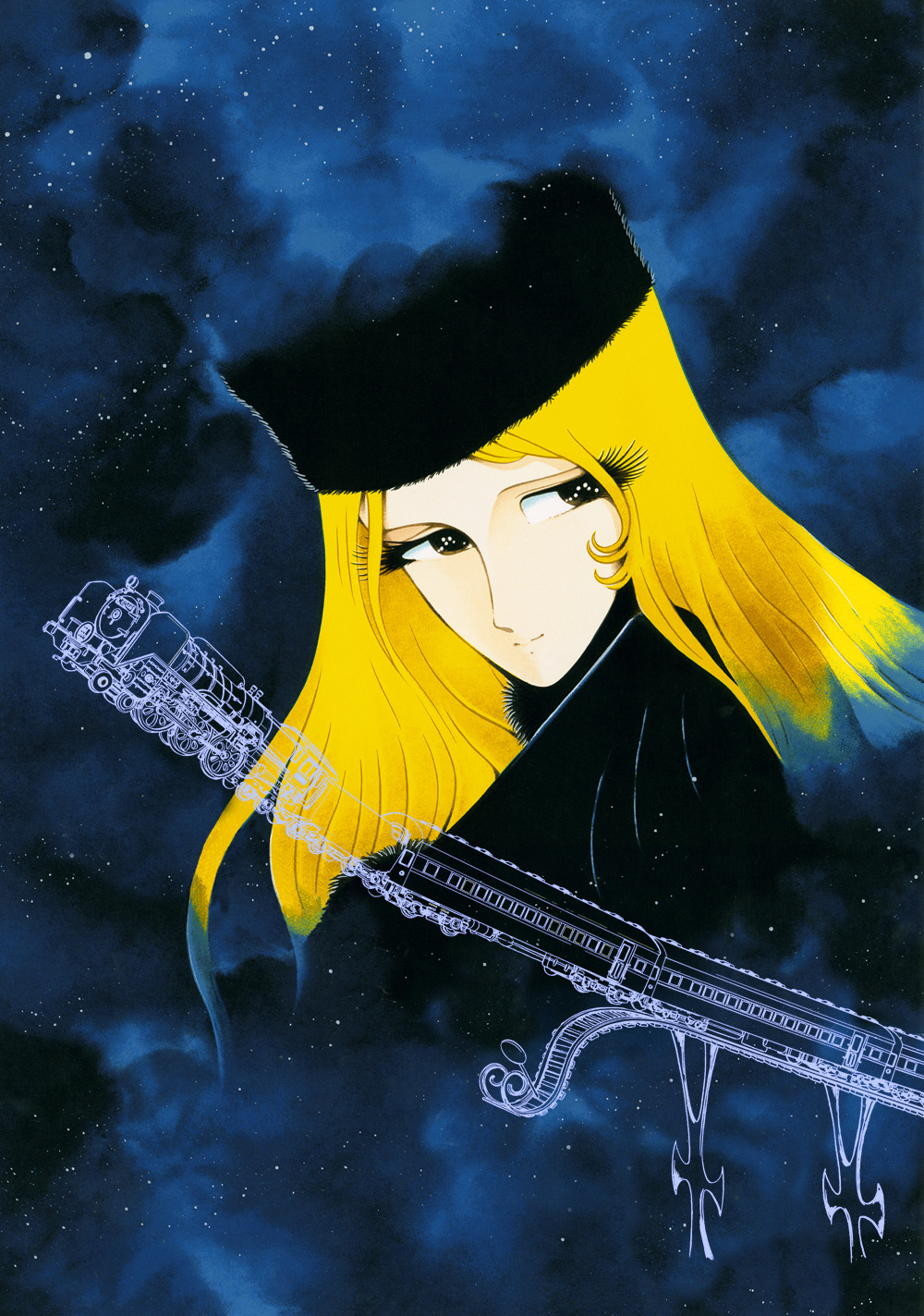 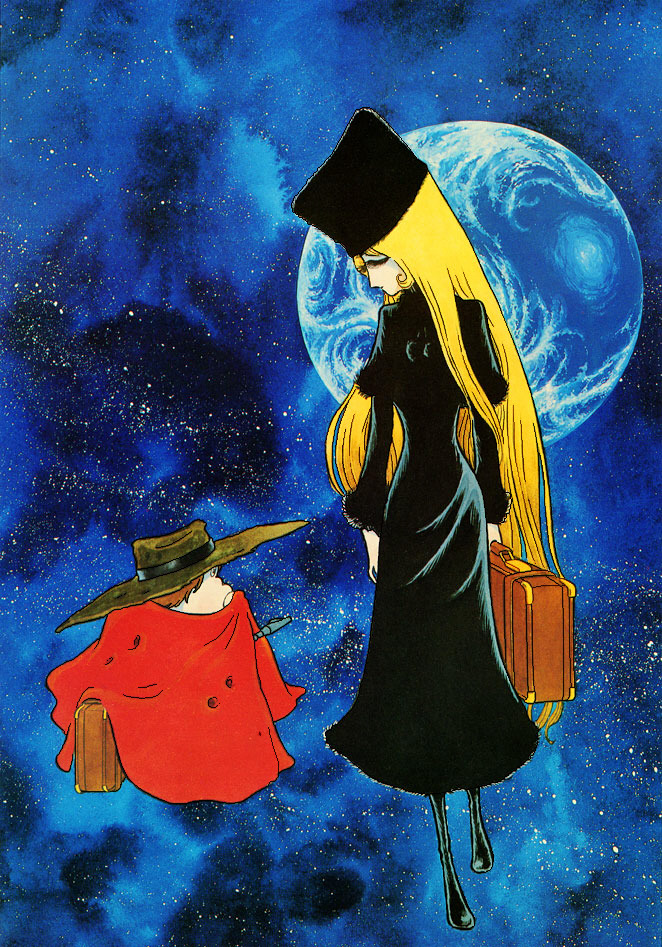 Back to top of this page!